It's been a while since my last weblog entry, and the fanfare of the blog's birthday bash has long since faded.

However, these ARE strange times, and even though lock down  restrictions are now easing, it looks like it's still going to be months before I'll be able to get back to work on the live music scene.
Over the last few weeks though, I've lashed together a 'home studio' set up and recorded several shows for a couple of online radio stations - it's not been "paid work" (sadly), but it's 'kept my hand in' .

It's not all been singing and dancing though, and I've managed to dip my toes in the water (pun intended) with age of sail naval wargames as part of my Flintloque campaign, 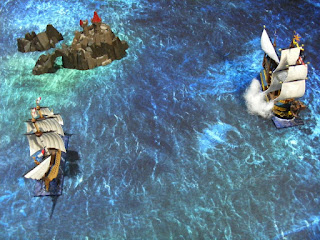 and you can read how I got on HERE.

I've also tried out a few sets of rules for my Blade Runner campaign, and it looks like Cindy is back, and in the company of a "retired" Blade Runner and a Console Cowboy! 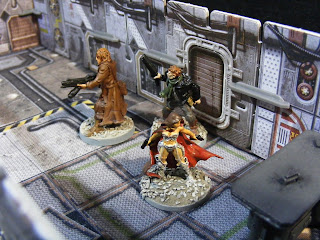 The campaign has re-started with the game the above pic was taken from, but I haven't posted it up yet. After chatting to Stevie over on The Game Cupboard blog, I'll be migrating this cyberpunk setting over there as of this post.

"....... and in other news", I mentioned a couple of posts ago that I was replacing the quarry section on the garden railway, and the Permanent Way gang have completed the works during the recent sunny spell. 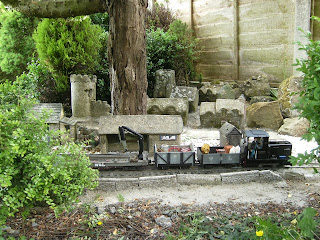 Lots of  raw concrete in the photo, but we're in "the growing season" so I'm sure it will all mellow down before too long.

My humble apologies to everyone for my tardiness, both with this post and comments on yours.
Until next time, 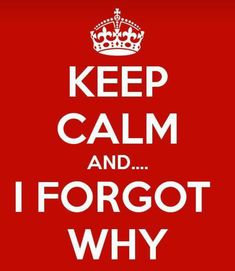 Posted by The Wargame Addict at 18:32 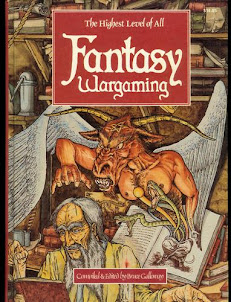